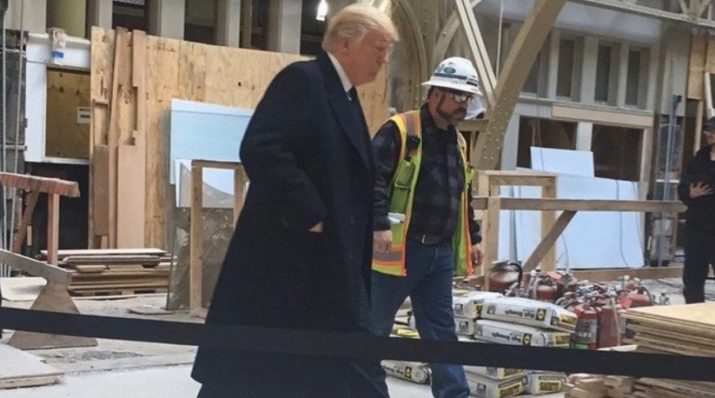 Conservatives and their allies in the media have begun to get antsy about the lack of overall progress by President Donald J. Trump and, to an extent the Republican-controlled Congress, to enact the White House’s agenda. But a report over the weekend in The Wall Street Journal makes it very plain why the pace is slow: Trump’s political and bureaucratic opposition have launched an unprecedented effort to obstruct him at every possible turn, the largest such effort against a new president in modern history.

President Donald Trump is confronting more opposition than any he faced in his campaign, or anything seen in the first weeks of a modern presidency, with protests, legal challenges, congressional opposition and parts of the federal bureaucracy mobilizing to resist.

After issuing a blizzard of executive orders that fueled expectations he would be a dominant force in Washington, Mr. Trump risks seeming more like Gulliver, the giant tied down by an army of resilient, if smaller, adversaries.

After coming out like gangbusters, penning executive orders to begin the unraveling of Obamacare, reduce the federal regulatory regime, boost border security and attempt to establish some order to our refugee resettlement program, the Trump White House has been beset by problems which are disrupting the pace. (RELATED: More Americans Trust President Trump Than The Discredited Fake News ‘Mainstream’ Media)

Federal judges have put a stop, for now, to his executive order halting travel to the U.S. from seven terrorism-infested countries that were previously identified (and targeted) by the Obama administration. Leaks from inside the government bureaucracy as well as ginned-up “controversies” by the discredited Washington establishment media have forced the administration to respond, taking it off its pace and detracting from the more important things Trump has pledged to do: Cut taxes for corporations and American families, repeal and replace Obamacare, and revitalize U.S. infrastructure.

Meanwhile, Senate Democrats have taken on the role of obstructionists – a role they frequently criticized Republicans for adopting during the Obama years – delaying up-or-down votes on many of Trump’s Cabinet picks. At this point during Obama’s first term, minority Republicans helped Democrats breeze through the new president’s Cabinet picks, confirming all of them quickly.

“Even George W. Bush, who took office after an emotionally contested election decided by the Supreme Court, didn’t face massive street protests the day after his inauguration, immediate legal challenges to his executive actions and such extensive attempts to block his cabinet nominations,” the WSJ reported.

The fact is, if you ever doubted whether the “deep state” was real, it is: You’re seeing it played out today.

But why Trump? Consider who he is, and consider who he beat to win the White House: Well-established politicos from both parties (though the crowded GOP field featured a couple of other outsiders). Hillary Clinton and Jeb Bush, whom the political power structure, donor class and globalist cabal really wanted to see face off against each other – because either of them would have been great for the anti-American status quo – were both defeated by a billionaire real estate mogul and reality TV star who has appeared on the WWE’s “Wrestlemania” and who was never supposed to get within 100 feet of the White House. (RELATED: Liberals Lose Their Minds As Trump Skips “Fake Media” Outlets In Press Briefings)

That has angered and disgusted the deep state gods and goddesses like you can’t believe, and they are pulling out all the stops to ensure that Trump is slowed, stopped and, if they are lucky, removed from office.

So not only does this prove that the deep state exists, it also proves that the men and women who are part of it have no problem putting their agenda ahead of the agenda voters chose on Nov. 8 – and why now, more than ever, America needs Trump to succeed.