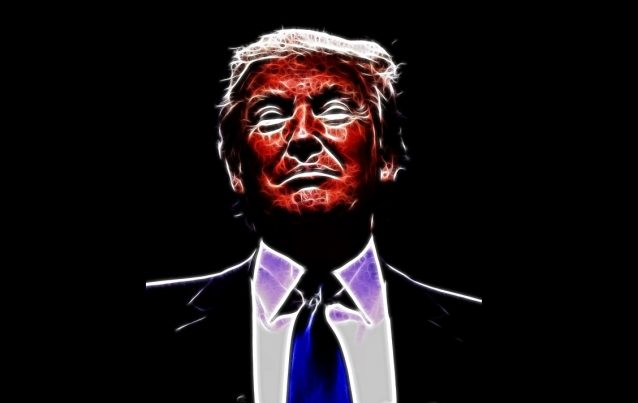 Not one to shy away from letting Americans know how he feels about any particular subject, President Donald J. Trump made his feelings well known about the leak and publicizing of his 2005 tax returns by MSNBC host Rachel Maddow on Tuesday: “Illegal” and “a disgrace.”

As reported by the Washington Times, Trump told Fox News’ Tucker Carlson that he didn’t know how they got out. This revelation comes in spite of some crazy, Left-wing, tin-foil-hat conspiracy theories that say Trump himself may have sent them to long-time critic David Cay Johnson, a Pulitzer Prize-winning investigative journalist.

“I have no idea where they got it,” the president said of his returns, which showed him earning $150 million that year and paying 25 percent of it – some $38 million – in income taxes. “But it is illegal and you’re not supposed to have it,” he said in an interview that aired Wednesday night.

“It’s not supposed to be leaked,” he continued. “It certainly is not an embarrassing tax return at all. But it is an illegal thing. They’ve been doing it. They’ve done it before. I think it’s a disgrace.”

Of course it is; Maddow & Co. would have published the invasion plans for D-Day as a way of getting back at President Roosevelt if they hadn’t agreed with him politically. Because that’s all this is about – continuous and irrational hatred of Trump over differences of political opinion. (RELATED: Trump tax return “bombshell” BACKFIRE… Trump paid $38M in taxes in 2005… MSNBC becomes Comedy Central)

But rather than muster a modicum of decorum, the Democratic National Committee seized on the opportunity to bang the drum once more for the president to show us the rest of his tax returns.

“The only reason not to release his returns is to hide what’s in them such as financial connections with Russian oligarchs and the Kremlin,” DNC senior adviser Zac Petkanas said shortly after the returns were released on Maddow’s program.

This is bordering on psychosis. Despite months of desperate innuendo, supposition, allegations and fake news narratives, not one shred of evidence has emerged linking Trump, his family, his team or his inner circle to any improper dealings or contact with Russian officials, Russian bankers, or Russian “oligarchs.” Indeed, were Trump not president, he’d have plenty of legal recourse against the various media idiots claiming some intimate knowledge of mysterious contact between Team Trump and Team Russia.

But you can see the underlying narrative still remains – “Trump won’t show us his taxes because hey, hey, there’s something there! And man, is it dirty!”

So they can call for his impeachment.

All Maddow proved is that Trump is just another American taxpayer. Not only did she prove that he did, in fact, pay income taxes, she proved he paid a lot of income tax, at least for 2005. Thirty-eight million dollars is no small thing, even for a billionaire.

And by the way, that figure doesn’t count all of the other taxes (payroll, local taxes, etc.), licenses and fees that Trump paid that year (and in years before and after) as he assembled his brand and built his business empire. Why do you think he is so adamant about destroying the federal regulatory monster? He’s had to deal with it (and feed it money) his entire business life. (RELATED: The Trump tax revelation – that wasn’t)

Meanwhile, what has Maddow built? An average cable news program on a less-than-average network? Where’s her great contribution to our quality of life? What’s she done to improve the lives or ordinary people (and don’t say she ‘gives people hope just by being on the air and opposing this president Monday through Friday because “hope” in that sense is subjective)?

The big nothing burger that turned out to be Maddow’s Trump tax “scoop” proved politically positive for the president, showed her personal smallness and gargantuan petulance of MSNBC, and demonstrated once more that the Alt-Left’s hatred of our president is so pervasive it supplants rational, reasoned thought.