Obstruction of justice? Wasserman Schulz appears to threaten DC police chief with “consequences” for investigating her IT staff’s alleged crimes 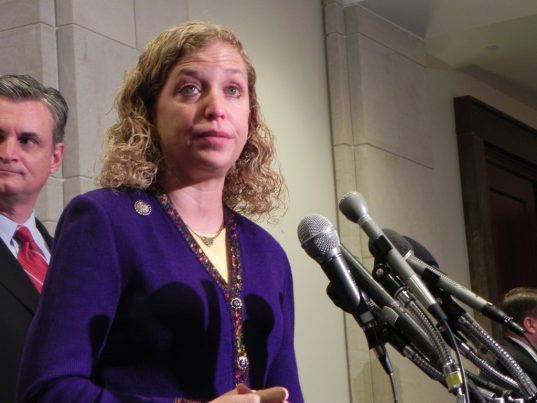 Earlier this week NewsTarget published a report detailing the strange tail of three Pakistani brothers who, until February, worked as IT specialists for a number of Democratic House members. Essentially these three and a fourth relative had absolute control over all information systems related to said members — email, document storage, transfers and so forth.

The report noted that some of the Democratic House members were on sensitive committees such as the House Intelligence Committee and others dealing with foreign policy, both of which would deal with classified or otherwise sensitive materials.

The brothers — Abid, Imran, and Jamal Awan — were barred from House IT systems after it was discovered they were allegedly accessing information of at least some of those House members without permission, a crime that would normally land the offender in very hot water.

Only, months later, these brothers have not been charged and, in fact, it appears to all the world that two factors are at play: 1) Democrats appear to be going out of their way to prevent justice from being served; and 2) insider IT specialists currently working with House systems believe that the brothers may have some dirt on the members they used to work for. (RELATED: Do these fired House IT workers have dirt on several Congress members?)

One such system belongs to the office of Florida Democrat Rep. Debbie Wasserman Schulz, the former head of the Democratic National Committee who was forced resign last year after leaked emails showed that she and other DNC officials were conspiring to ensure that the Democratic presidential nomination went to Hillary Clinton and not Sen. Bernie Sanders, who at the time was winning successive primaries against Clinton’s low-energy campaign. Clinton immediately named Wasserman Schulz to serve as “honorary chair” within her campaign to help elect Democrats around the country.

As posted by Zero Hedge, Bill Clinton has been seen with one of the brothers, Imran:

The heavy lifting on this story has been done largely by The Daily Caller, which reported on Wednesday that Wasserman Schulz grilled the D.C. police chief, even threatening “consequences” at one point if his department refused to turn over computer equipment belonging to her office that is subject to the department’s investigation into the Awan brothers. The encounter can be seen towards the end of the video at the 1-hour 24-minute mark:

It should be noted that as one of the eight members of the Committee on Appropriations’ Legislative Branch subcommittee, Wasserman Schulz is in charge of the department’s budget — the same department now investigating her staffer, and how he managed to extract some $4 million since 2010 from various House members, ostensibly for IT services.

And though the chief tells Wasserman Schulz that the equipment is important to “an ongoing investigation,” she continues to badger him about the process involved in returning it anyway.

In the follow-up report, The Daily Caller reported further that the Florida Democrat was attempting to get back equipment in a case involving cyber-security breaches and the offloading of sensitive congressional data to off-site locations.

When the chief said he could not return the equipment yet, Wasserman Schulz issued this veiled threat: “I think you’re violating the rules when you conduct your business that way and you should expect that there will be consequences.”

As to where the laptop came from originally:

A federal employee with knowledge of the situation and who requested anonymity told The Daily Caller News Foundation’s Investigative Group that as House authorities closed in on Imran Awan and his brothers, a laptop used by Imran was hidden in an unused crevice of the Rayburn House Office Building. Wasserman Schultz’s office is in Longworth House Office Building, a separate structure.

The laptop was later found by Capitol Police and seized because it was relevant to the criminal investigation, the source said.

On the surface, it sure appears that Wasserman Schulz was victimized by Imran Awan, but she also appears to be going out of her way to protect him, which baffled one Democratic IT staffer.

“I can’t imagine why she’d be that good of friends with a technology provider,” said the staffer. “Usually if someone does bad stuff, an office is going to distance themselves” rather than incur any political flak for a mere staffer.

But then, maybe he’s no mere staffer. Politico described Imran and his wife as having a “friendly personal relationship” with Wasserman Schulz.

Something stinks here, and gee, it happens to be centered — again — around Democrats.

Stay up to date and informed at BigGovernment.news and DeepState.news.