Is the Democratic Party behind the bogus “Trump dossier” used to justify so many Russia investigations? 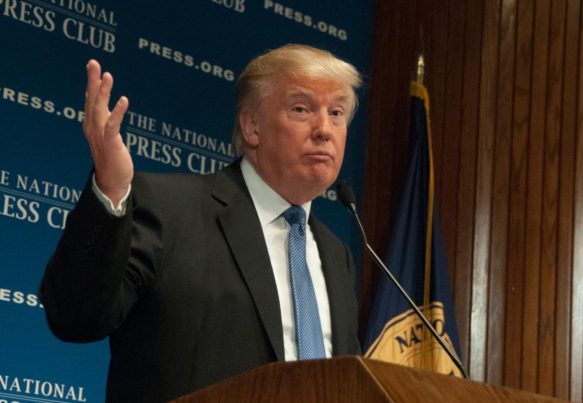 An explosive report over the weekend in the New York Post appears to tie the Democratic Party to a salacious, never-proven “dossier” on President Donald J. Trump that has formed the basis of so many investigations into “Russia collusion.”

Writing for the Post, investigative journalist Paul Sperry noted that congressional investigators looking into possible ties between a shadowy Washington, D.C. firm that commissioned the dossier and the Democratic Party.

The firm, Fusion GPS, appears to be thwarting efforts by congressional investigators, leading the Senate Judiciary Committee led by its chairman, Sen. Chuck Grassley, R-Iowa, to threaten a subpoena after officials with the firm refused to answer questions and give records to the committee that identify who paid for the creation of the dossier:

The 35-page document made its rounds in various media and government circles during the 2016 election cycle. A number of media outlets were salivating over its contents, but none published any details because they couldn’t be verified. That all changed when Buzzfeed published the complete document with the caveat that nothing had been confirmed, a decision that led to the news site being sued.

Of Fusion GPS, one congressional source familiar with the Senate probe said the dossier was not complied by “hired guns,” but rather commissioned by a firm whose principle founders “had a vested personal and ideological interest in smearing Trump and boosting Hillary’s chances of winning the White House.”

Moreover, federal records show a key co-founder and partner in the firm was a Hillary Clinton donor and supporter of her presidential campaign.

As the firm sent the dossier to various media and congressional sources throughout Washington around September of last year, partner and co-founder Peter R. Fritsch was busy contributing $1,000 to the Hillary Victory Fund and the Hillary For America Campaign, according to Federal Election Commission records. His wife was also a Hillary contributor.

The firm hired long-retired ex-British spy Christopher Steele to compile the dossier; in October, Sperry noted, the FBI reportedly contracted with Steele for the sum of $50,000 to corroborate the most negative aspects of the dossier after receiving a copy of it in August. Sen. John McCain, media reports noted, passed it along to then-FBI Director James Comey in December.

Now, Senate investigators “are demanding to see records of communications between Fusion GPS and the FBI and the Justice Department,” Sperry wrote, to include any correspondence and/or contact with former Attorney General Loretta Lynch, who is also now under congressional investigation for allegedly obstructing the FBI’s criminal probe of Hillary Clinton’s personal email server, which she used to improperly handle the most sensitive classified information as secretary of state. (Related: Are Democrats behind the dubious Trump dossier that has triggered so many ‘Russia’ investigations?)

Also under investigation by the Senate and the inspector general of the Justice Dept.: FBI Deputy Director Andrew McCabe over his failure to recuse himself from the Clinton probe despite his financial and political connections to her campaign via his Democratic activist wife.

“Senate investigators have singled out McCabe as the FBI official who negotiated with Steele,” Sperry wrote.

Despite the fact that nothing in the dossier has ever been substantiated, though not for lack of trying by the anti-Trump establishment media, it has nevertheless been used to justify a slew of congressional and Justice Department investigations into alleged nefarious relationships between Moscow and Team Trump.

“The FBI, moreover, has been using it for investigative leads on Trump associates like Carter Page, even though former FBI Director James Comey this month described the dossier as ‘salacious and unverified,’” Sperry wrote.