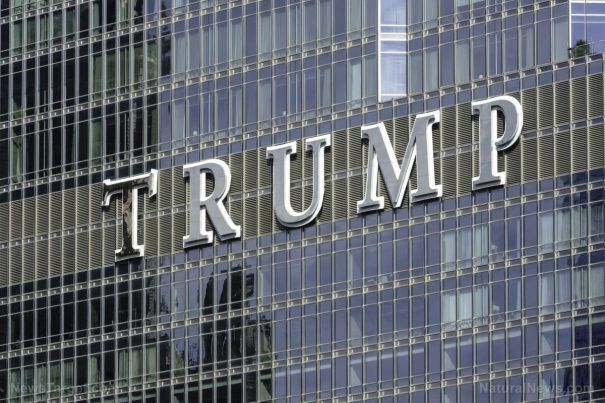 Over the weekend, while President Donald J. Trump was out of the country attending the G20 conference and freaking out the world’s Left-wing globalists as he kept talking up his “America first” agenda, The New York Times published a couple more “Russian collusion” stories that, as before, turned out to be yawners rather than ‘bombshells.’

As the New York Post reported, the stories were based on new leaks of recent disclosures by Donald Trump Jr. 1) in which he updated previous disclosures of contacts with foreign sources before, during and after the election to include a short 20-minute meeting with a Russian lawyer to discuss a U.S. law, the Magnitsky Act, that allows the US to deny visas to Russians thought guilty of human rights violations — a law signed in 2012 by President Obama that was said to have infuriated Russian President Vladimir Putin; and 2) he met with this Russian lawyer under the alleged pretense of being given damaging info about Donald J. Trump’s presidential opponent, Hillary Clinton.

“President Trump’s eldest son, Donald Trump Jr., was promised damaging information about Hillary Clinton before agreeing to meet with a Kremlin-connected Russian lawyer during the 2016 campaign, according to three advisers to the White House briefed on the meeting and two others with knowledge of it,” the second of the two stories began.

Well, well…roll out the impeachment papers and line up the prosecutors. We’ve got a real crime here.

Except that we don’t. Once again, the Times has scored with the low-IQ, non-thinking reactionaries who read the paper regularly with this red meat for #NeverTrumper supporters, but a deeper read into the story reveals: “It is unclear whether the Russian lawyer, Natalia Veselnitskaya, actually produced the promised compromising information about Mrs. Clinton. But the people interviewed by The Times about the meeting said the expectation was that she would do so.”

We don’t know that; all we do know is what the Times reports, and there’s no other verification for or against what the paper is claiming. We also know that what the Times has been told about the Trump administration in the past has been wrong or over-hyped. (RELATED: In bizarre plot to discredit Trump, NY Times says NY Times is fake news)

But what’s interesting about both stories, the Post notes, is that just as the “Russia collusion” hoax was beginning to fade away, here comes the Times with a new pair of nothing burgers in a vain attempt to revive it.

Even if the story is true and the Trump campaign may have had an opportunity to get some dirt on an opponent — because that’s the purpose of opposition research — why is this a scandal? As it turned out, nothing was delivered. Donald Jr. told the Times: “Her statements were vague, ambiguous and made no sense. No details or supporting information was provided or even offered.”

So in the end, the lawyer didn’t have anything, did not give Trump anything and got nothing in return from the Trump campaign during a meeting that lasted 20 minutes.

Again, why is this a scandal?

If anything, it’s a scandal heading the other way. Circa reported over the weekend that the president’s legal team smells a Democratic rat:

The president’s legal team said … they believe the entire meeting may have been part of a larger election-year opposition effort aimed at creating the appearance of improper connections between Trump family members and Russia that also included a now-discredited intelligence dossier produced by a former British intelligence agent named Christopher Steele who worked for a U.S. political firm known as Fusion GPS.

“We have learned from both our own investigation and public reports that the participants in the meeting misrepresented who they were and who they worked for,” said Mark Corallo, a spokesman the for president’s legal team. “Specifically, we have learned that the person who sought the meeting is associated with Fusion GPS, a firm which according to public reports, was retained by Democratic operatives to develop opposition research on the President and which commissioned the phony Steele dossier.

“These developments raise serious issues as to exactly who authorized and participated in any effort by Russian nationals to influence our election in any manner,” Corallo continued.

Perhaps. But far more clear is the fact that the real scandal here is another fake news “bombshell” from The New York Times.