Finally, GOP ready to go on OFFENSE to protect Trump from Deep State attacks in calling for new probes into Comey, Lynch 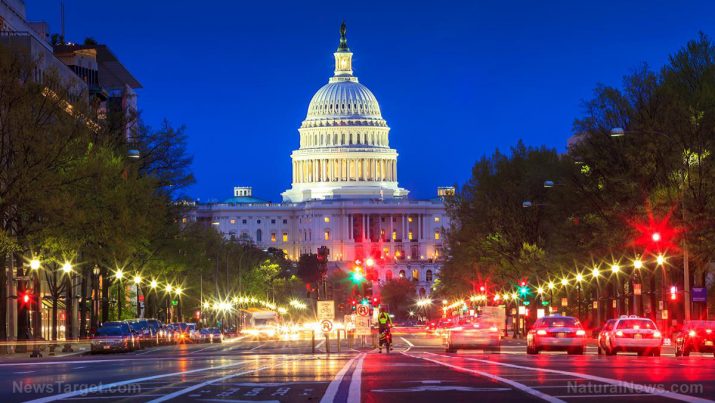 Since about 9 p.m. EST on Election Night, Democrats, the Deep State and the disgustingly dishonest “mainstream” media have been relentlessly assaulting the duly-elected president of the United States, Donald J. Trump, his administration, his Cabinet and his family.

But precious few Republicans have stepped up to defend the president, despite the fact that he represents their party in the Oval Office.

That, hopefully, is about to change.

As reported exclusively by Breitbart News, several House Republicans are preparing to launch an effort that, if successful, would put the GOP back on offense against the continued attacks by the Left and the Deep State against the White House.

Specifically, the amendment — a draft of which was obtained by Breitbart News — would compel the production of documents and evidence regarding Lynch’s order to Comey to “mislead the American people by stating he should refer to the investigation into the mishandling of classified data and use of an unauthorized email server by former Secretary of State Hillary Clinton as a ‘matter,’ rather than a criminal ‘investigation.’”

Specifically, the amendment requires the Department of Justice to cooperate with the congressional investigation, which would then make it much easier — politically and otherwise — for Attorney General Jeff Sessions to look into these and other matters related to the behavior of Comey and Lynch in their official capacity.

The amendment comes on the heels of public criticism of Sessions by Trump in an interview last week with The New York Times. In the interview, Trump made it clear he likely would not have chosen Sessions to lead the Justice Department if he had known in advance that the former U.S. senator was going to quickly recuse himself from any Russia-related investigations.

But now, allies of the president in Congress are stepping forward to provide a way for Sessions to not only get back in the president’s good graces but also go on the offense against the Deep State and its never-ending allegations of “Russian collusion.” (Related: Is Trump set to replace Attorney General Jeff Sessions with former NYC Mayor Rudy Giuliani?)

The one obstacle is Speaker Paul Ryan, R-Wis.; Breitbart reported that it was not clear whether he would permit the amendment to proceed.

Also, it’s not yet clear when the amendment would even be introduced, but its principles have confirmed their intention to try to file it.

“For the past several years, Democrats have obstructed justice and blocked every Congressional investigation imaginable,” Jordan told Breitbart in an email. “Now they want to investigate? Ok, let’s investigate! Both parties have criticized James Comey over the past year for his performance as FBI director. Even Sen. Feinstein says there should be an investigation into Loretta Lynch and James Comey’s handling of the Clinton investigation. Let’s have a special counsel for that and see how serious Congressional Democrats are about getting to the truth.”

Biggs noted that his constituents are always asking why investigations into Obama-era officials either have stopped or were never begun. “There was a whole lot of fire there and they just seemed to end when the new administration came in and I think there’s two or three reasons,” he told Breitbart. “Number one, I think you want justice and that leads to number two — if you don’t have justice and you’re not following the rule of law then government and lawmakers and those who enforce the law are held in derision by the public.”

The news site said that White House sources have said the administration is supportive of the effort.

“The American people are tired of focusing on Russia and ignoring some of the inconsistencies of the previous administration,” said Rep. Mark Meadows, R-N.C., head of the conservative House Freedom Caucus. “They don’t understand why Republicans are not coming to the defense of this president.”