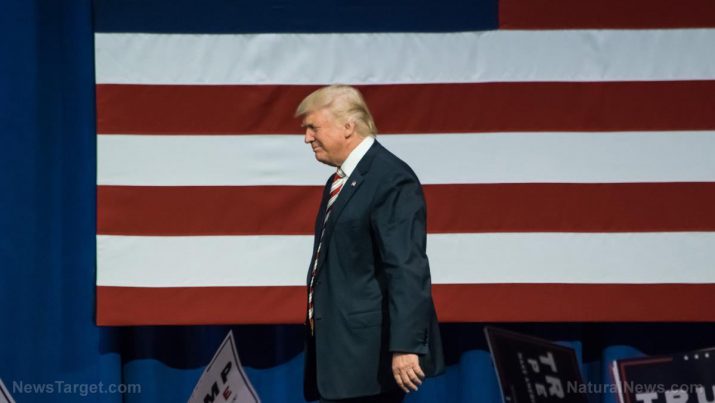 Earlier this week, House Speaker Paul Ryan appeared on WISN’s “The Jay Weber Show,” where he fielded a question asked by a listener regarding Special Council Rob Mueller and the political bias surrounding the so-called “Russian collusion scandal.”

The listener asked Speaker Ryan why the Republican Party was not doing more to defend President Trump against what is clearly turning out to be “an obvious witch-hunt.” Ryan replied, “Remember, Bob Mueller is a Republican, who was appointed by a Republican, who served in the Republican administration, and crossed over – I mean and stayed on until his term ended.” Paul Ryan went on to defend Mueller, stating, “I don’t think many people are saying Bob Mueller is a person who is a biased partisan. He’s really, sort of, anything but.”

So according to the Speaker of the House, one of the leaders of the entire Republican Party, the Russia investigation is not a witch hunt and Rob Mueller is completely balanced and bipartisan. With all due respect, what world is Paul Ryan living in?

If Rob Mueller is anything but a partisan investigator, and this entire investigation is anything but a witch-hunt, then why did Mueller decide to create a special council team full of liberal democrats and Clinton donors? As CNN reported back in June, “Three of the five lawyers have donations in FEC records. They gave overwhelmingly to Democrats, totaling more than $53,000 since 1988.” CNN also noted that over half of the donations came from James Quarles, whom Mueller selected from his old law firm, WilmerHale.

But there’s more. Andrew Weissmann, yet another lawyer on Mueller’s Special Council, donated $2000 to the Democratic National Committee in 2006, and later gave $2,300 to Obama’s 2008 presidential campaign. Aaron Zebley, another former lawyer with WilmerHale who left to work on the Russia investigation, once represented a man named Justin Cooper, a former Clinton aide that helped manage her private email server.

Given all of this information, it is hard to believe that anyone, much less one of the leaders of the Republican Party, could think that Rob Mueller is anything but a partisan investigator out to destroy President Trump. The Democrat Party refuses to accept the fact that Hillary Clinton lost the election, and so now out of pure bitterness and an insatiable appetite for revenge, they are attempting to tear down the man who defeated “the chosen one.” It is just unfortunate that many people in the Republican Party, including Paul Ryan, either don’t believe it or don’t want to believe it.

It may not be a very popular thing to talk about right now, but sooner or later, President Trump is going to have to fire Special Council Rob Mueller. It would be different if Mueller truly was trying to conduct a fair and balanced investigation, but sadly, that is not the case. It’s not a stretch to say that the majority of the lawyers on Mueller’s team most likely already know what the outcome of the investigation will be, because they are, as previously mentioned, committed to destroying President Trump.

In response, Trump needs to make the case to the American people that this is in fact a witch-hunt, and that the investigation is not being carried out in a fair and balanced manner. Then, once the people see the truth, Trump needs to say the two words to Mr. Mueller that he has been saying for most of his career – “you’re fired.”