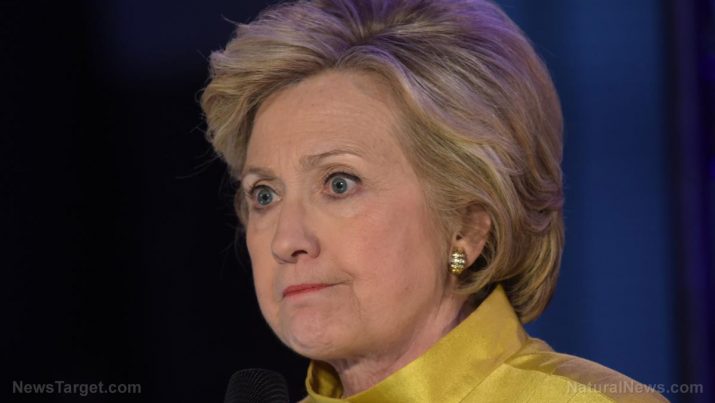 Of all the liberal democrats who have ever run for president of the United States, Hillary Clinton has to be the least genuine. Everything from her hair and wardrobe to the way she speaks in public just comes across as scripted and fake. Furthermore, both Hillary and her husband Bill are easily two of the most corrupt individuals to ever step foot inside the White House. Their decades-long political careers have been replete with illegal and unethical acts, and even some truly bizarre occurrences that still have millions of Americans puzzled to this day.

For many years now, there have been several mysterious deaths of people who had connections, in one way or another, to the Clintons. While it may very well just be a coincidence, it is a bizarre reality that has caused millions of people across the country to question who the Clintons really are and what they’re up to.

The most recent example of a mysterious Clinton-related death comes from a man by the name of Peter Smith, a Republican donor who attempted to obtain Hillary Clinton’s missing emails from Russian hackers and later committed suicide inside a Minnesota hotel room.

According to the Chicago Tribune, Smith took his own life at 1:17 PM in a hotel near the Mayo Clinic on Sunday, May 14. His body was found with a bag over his head that was attached to a source of helium.

Smith, who was 81 when he died, left the police a collection of documents, one of which was allegedly a suicide note that explained Smith had killed himself because he was in ill health with his life insurance policy set to expire. However, when put in context, the story becomes much more bizarre and much more mysterious.

Just ten days prior to his death, Peter Smith gave an interview to the Wall Street Journal regarding his attempts to obtain the Clinton emails. The Journal noted at the time that it had seen emails from Smith indicating that he and his team viewed Trump’s former National Security Adviser Michael Flynn as an ally. Of course, Flynn was eventually forced to resign after failing to disclose the fact that he had been in contact with the Russians.

As odd and as unexpected as Peter Smith’s death was, though, it is hardly the first time someone connected to Hillary Clinton in some way has mysteriously passed away.

38-year-old Shawn Lucas, who assisted the DNC with a lawsuit alleging that the former DNC Chairwoman Debbie Wasserman Schultz “rigged the primary for Hillary Clinton,” was found dead in his bathroom just one month after completing his work for the DNC.

Former chairman of the Democratic National Committee Joe Montano was found dead not long after the Wikileaks DNC email dump. In addition to serving as chairman of the DNC before Debbie Wasserman Schultz, Montano was also an aide to Hillary Clinton’s selection for vice president, Tim Kaine.

As previously mentioned, it is still possible that all of these Clinton-related deaths is just one giant coincidence, and we should be extremely careful before we jump to any conclusions. That being said, it is still extremely odd, and the more time that goes by, the more questions we seem to be asking – questions that unfortunately may never be answered.