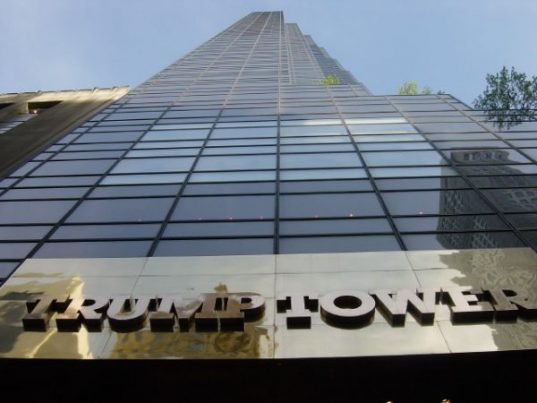 In early March, President Donald J. Trump outraged the political and media establishment when he claimed in a tweet that the Obama administration had “wiretapped” members of his campaign.

“Terrible! Just found out that Obama had my ‘wires tapped’ in Trump Tower just before the victory. Nothing found. This is McCarthyism!”

Political pundits, former Obama officials, and of course the insane Left-wing “mainstream” media went berserk, calling the president a conspiracy kook and going out of its way to “prove” him wrong.

A headline from The Associated Press was typical: “Trump accuses Obama of tapping his phones, cites no evidence.”

Terrible! Just found out that Obama had my "wires tapped" in Trump Tower just before the victory. Nothing found. This is McCarthyism!

Now, a new report by, of all sources, CNN has not only vindicated Trump but has shed new light on what would have already been the biggest political scandal ever if Obama and his campaign had been similarly targeted by outgoing President George W. Bush.

The report claims that onetime Trump campaign chief Paul Manafort was “wiretapped” under a secret court order last year, allegedly as part of a probe into “Russian collusion.” What’s more, CNN said that the surveillance began more than a year before Trump announced his candidacy for president, ended over a lack of evidence, then was launched again as Trump’s bid for the White House was ultimately successful.

CNN noted further that at times, Manafort was under FBI surveillance even when he was talking with Trump, which means of course that the bureau was spying on the president as well, without his knowledge:

US investigators wiretapped former Trump campaign chairman Paul Manafort under secret court orders before and after the election, sources tell CNN, an extraordinary step involving a high-ranking campaign official now at the center of the Russia meddling probe.

The government snooping continued into early this year, including a period when Manafort was known to talk to President Donald Trump.

Three sources that leaked the information to CNN said that some of the intelligence the FBI has collected “includes communications that sparked concerns among investigators that Manafort had encouraged the Russians to help with the campaign.” But, the network reported further, two of the three sources “cautioned that the evidence is not conclusive” — which again leaves us with no evidence whatsoever that this Russian “collusion” narrative not only is a hoax but was fabricated as justification by the Obama regime to spy on the campaign of a political opponent.

That alone is outrageous. But it gets worse.

The CNN report noted further the FBI began probing Manafort in 2014 over his work for a Washington, DC-based consulting firm involving Ukraine’s former ruling party (Ukraine, not Russia — important distinction). But that investigation turned up nothing, so it was dropped for, CNN reported, “lack of evidence.”

But then the bureau re-opened its probe of Manafort, obtaining a new warrant from the secretive FISA court; that warrant extended “at least into early this year,” CNN reported.

That means that the FBI dropped its investigation of Manafort but then reopened it about the time he became involved with the Trump campaign, allegedly over “ties” between Trump campaign officials and “suspected Russian operatives.” (Related: WSJ: Comey ‘took revenge’ on Trump for his wiretap tweet.)

CNN noted that it wasn’t clear when the new warrant started — meaning no one from the network was curious enough to ask.

This all occurred, mind you, when Loretta Lynch was Obama’s attorney general and James Comey was the FBI director. FISA warrants, by the way, “require the approval of top Justice Department and FBI officials,” CNN reported — so there’s no way Lynch and Comey, who were doing all they could at the time to help Hillary Clinton stay out of jail, could not have known what was going on. Or President Obama, who very likely could have ordered all of this.

Finally, as The National Sentinel pointed out, remember that Comey under oath disputed Trump’s “wiretapping” claims in sworn testimony to Congress. What’s more, he told lawmakers he essentially conspired to have a special counsel appointed to “investigate” Trump, a special counsel who turned out to be a long-time friend and associate (and former fellow FBI director) Robert Mueller.

This is a scandal of gargantuan proportions. Trump should pick up his phone and give his attorney general a call; investigations involving special prosecutors cut both ways.