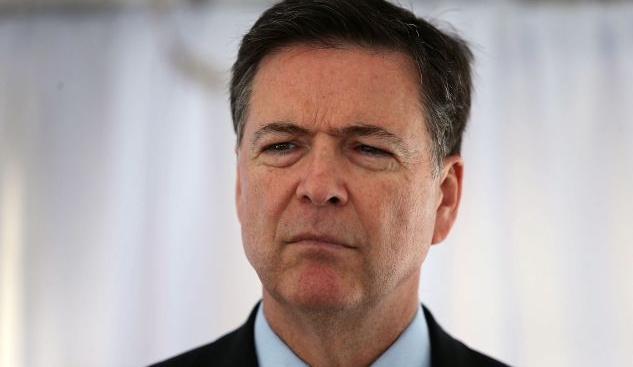 Just in case there was any doubt left in your mind that former FBI Director James Comey was anything but a political hack, this story should help to clear things up. As part of the ongoing investigation into President’s Trump’s firing of James Comey back in May of this year, the Senate Judiciary Committee discovered that the former FBI Director had actually started the process of writing an exoneration statement for Hillary Clinton, even before all witnesses involved in the investigation had been interviewed.

This shocking yet unsurprising revelation comes from transcripts of interviews that were conducted last fall by two FBI officials: James Rybicki, Comey’s chief of staff, and Trisha Anderson, the principal deputy general counsel of national security and cyberlaw at the FBI. Even though the transcripts of these interviews have been heavily redacted, it still reveals that Comey appeared to have known what the outcome of the Clinton email investigation was going to be before he even finished collecting evidence. In fact, Comey still had yet to interview 17 witnesses in the case, including Hillary Clinton herself and some of her top aides.

How could any fair, self-respecting investigator start working on an exoneration statement before even taking the time to talk to the primary suspect and well over a dozen witnesses? Of course, Hillary Clinton was eventually interviewed on July 2, but now we know that during his entire line of questioning, James Comey had one thing on his mind: “Hillary Clinton is innocent, and that’s the story that I’m sticking with.” The facts were simply irrelevant.

The fact that Comey had started writing the draft of a statement exonerating Hillary Clinton before concluding the investigation has caught the attention of several congressional Republicans, notably Senator Chuck Grassley of Iowa and Senator Lindsey Graham of South Carolina. In a letter to the FBI, both senators questioned whether James Comey could really have conducted a full investigation without having all of the evidence and information. (Related: James Comey has officially declared that the rule of law has been abandoned in America.)

“Conclusion first, fact-gathering second – that’s no way to run an investigation,” Grassley and Graham wrote in their letter to the FBI. “The FBI should be held to a higher standard than that, especially in a matter of such great public interest and controversy.” The senators added, “The outcome of an investigation should not be prejudged while FBI agents are still hard at work trying to gather the facts.”

For many conservatives across the country, the fact that Hillary Clinton has yet to be thrown in prison is both shocking and infuriating. By sending and receiving classified information through her private server, Hillary Clinton not only put American lives at risk, but was also in violation of the Espionage Act for information that was “lost, stolen, abstracted or destroyed” through “gross negligence.”

Of course, when James Comey officially announced that Clinton would not be indicted on July 5, 2016, he talked about the fact that Clinton didn’t intend to put America’s national security in jeopardy, but intent, in this case, is completely irrelevant. The Espionage Act specifically mentions gross negligence, and negligent she was.

Needless to say, James Comey was absolutely disastrous as the director of the FBI. On numerous occasions, he demonstrated to the American people that he cared more about politics than the truth, about revenge more than bipartisanship, and about his own image more than the actual investigation. As a result, many Americans feel betrayed and let down by the FBI, which is supposed to be one of our country’s most prestigious and honorable institutions. With any luck, new leadership within the FBI will begin the long process of restoring the American peoples’ trust in the nation’s top law enforcement agency.