Former Trump aide Caputo drops BOMB: There was a second person who tried to infiltrate the 2016 Trump campaign 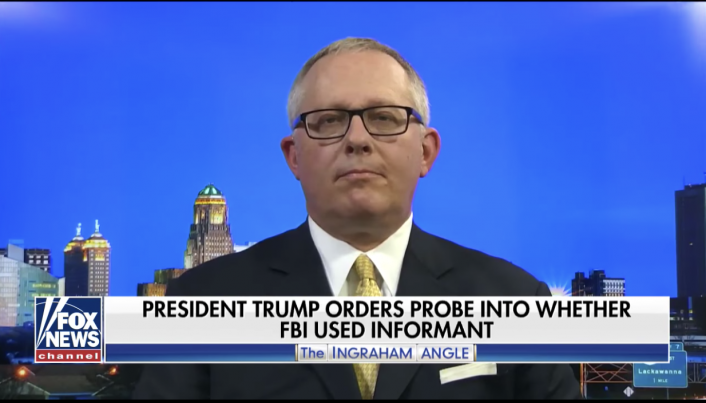 The papers attempted to portray the spying as a legitimate extension of a normal counterintelligence operation aimed at learning how extensive a relationship some members of the Trump team had with Russian operatives.

One ‘spy’ was described but not outright identified by both papers; he is believed to be a longtime Republican operative and former Cambridge University professor, Stefan Halper, according to multiple reports.

But on Monday, during an appearance on Fox News’ “The Ingraham Angle,” former Trump campaign aide Michael Caputo dropped a huge bombshell: He claimed that there was more than one attempt by Obama’s Deep State to infiltrate the Trump campaign because a second person not named Halper contacted him personally.

“I know because they came at me,” Caputo continued. “And I’m looking for clearance from my attorney to reveal this to the public. This is just the beginning and I’ll tell you when we finally find out the truth about this–[former] Director [of National Intelligence James] Clapper and the rest of them are going be wearing some orange suits.”

Caputo has every reason to be angry at what happened to Trump — as well as hopeful that someone will be held accountable at some point.

He’s one of several former Trump campaign officials who is facing financial ruin thanks to the endless congressional investigations into what can only be described as a Deep State operation aimed at one thing: Bringing down a duly-elected president.

During one appearance in July 2017, Caputo lost his temper with Democrats on the House Intelligence Committee for alleging that he was somehow involved in a nefarious plot with Moscow to subvert American democracy. (Related: Stopping Robert Mueller to protect us all.)

“Contrary to Rep. Jackie Speier’s comments in your March 20 public hearing, I was never President Vladimir Putin’s ‘image consultant.’ To the contrary, a simple Google search would have revealed a great deal, including my July 2004 op-ed in the Washington Post, written after my colleague was murdered in Moscow,” he said.

He also blasted her for ‘getting personal.’

“For some reason,” he continued, “the congresswoman also got personal, unnecessarily mentioning my wife. Of course, my wife is Ukrainian – and you don’t need Google to understand why our marriage does not support the Congresswoman’s hypothesis that I’m a Putinist.

“Just as not every Italian American is associated with organized crime, not every Ukrainian woman is connected to President Putin,” he said.

If Caputo is correct and there was more than one attempt to infiltrate the Trump campaign, that means the operation was a lot bigger than we’ve been led to believe thus far. And a lot more sinister.

Meanwhile, the American Pravda media continues to pretend like the spying operation was a real thing based on real intelligence. As The National Sentinel reports:

The [New York] Times has ridiculously attempted to portray this outrage as on the up and up, when its reporters and editors know full well this entire operation was fabricated — based on no evidence at all that anyone on Team Trump was attempting to “collude” with Russia to “steal the election.” House Intelligence Committee Chairman Devin Nunes, R-Calif., has said so.

The house of cards is tumbling, and it’s still not clear how many former Obamaites will be exposed when it does.